Tarantino has always “sampled” generously from other films. The Gimp from “Pulp Fiction” might have been lifted from Luc Bresson’s “The Last Battle”, where a similarly attired character is released from the trunk of a car and guided into a tunnel to search for water. 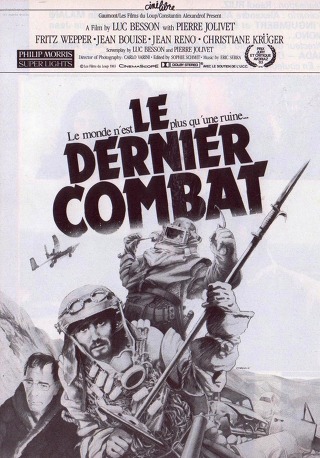 I’d be VERY surprised if Dr. King Schultz from “Django Unchained” wasn’t based on John Carradine’s interesting portrayal of Preacher Simms in the violent 1971 western “Cain’s Cutthroats”. If you don’t believe me, check the film out on You Tube. Everything from the clothes, to the wagon, to the biblical dialogue spouted by an eccentric bounty hunter seems like a direct “sample” from that film.

Now that Tarantino has announced his new film, “The Hateful Eight”, the title has caught my attention. Hmmm – another western. Supposedly another homage to spaghetti westerns in particular. Could it have anything to do with the ultra-violent 1972 Euro-western “Cut-Throats Nine”? I’ve seen some production stills and it seems possible that the film was an influence.

Oddly, a remake of “Cut-Throats Nine” has been “in development” for quite some time. Names such as Slash (rock guitarist turned producer), Mads Mikkelsen (“Hannibal”) and Harvey Keitel (you know who!) have been attached. So what is all the fuss about? I just watched “Cut-Throats Nine” on DVD for the second time – eleven years since my last screening. It’s a film full of memorable images – some best forgotten. It’s been stuck in my head since I first watched it, and news of Tarantino’s new film prodded me to watch it again.

“Cut-Throats Nine” is a well-constructed film. The script and plot are solid (unlike many other spaghetti and Euro-westerns), it is frequently poetic and somewhat surreal, the performances are effective, and the camera work and editing are quite innovative for the genre; at times it resembles an art film. There’s even a nod to my personal favourite “The Wild Bunch” when a bandit tells his comrade to forget the boots and check the teeth of a dead soldier. It’s also the darkest, grimmest, most violent Euro-western I have ever seen – and it’s unrelenting until the bitter end. Yes – it even trumps “Django Kill… If You Live, Shoot!” in the violence and gore sweepstakes. One minor quibble – the title struck me as odd, since there are actually only seven “cut-throats”, but that’s just me splitting hairs.

I believe the film is widely available on DVD and You Tube, so check it out; then we can see if I’m right about Tarantino’s “The Hateful Eight”!