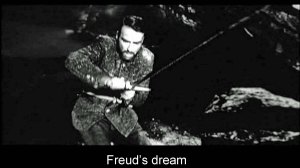 She appeared before him, pure and simple, like a Montgomery Clift postcard. Her lips opened violently, sending teeth flying straight out and over his left shoulder. A sign of good luck. And to think they’ve only just met! Regardless, he became intertwined in the words she weaved so carelessly. Relatives on both sides were already setting the table in the background. But that did not distract them from developing a strong initial impression of each other. Besides, the sound of a last minute reception being thrown together was drowned out by the heavy traffic.

By this point, he was so caught up in her words that he was in danger of falling to the ground. Yet, her ruby lips opened again and again, each time sending out a new length of string to entangle him. His legs and arms, all tightly bound. How did she manage it? She rarely got tongue tied, and she was an absolute delight during after dinner conversation; playful cats particularly enjoyed her words. But he was in danger of getting too wrapped up in it all, at this early stage. Luckily, he discovered a pair of scissors hovering above his right shoulder, sometimes brushing up against his ear. He did not want to sever all ties, just enough to breath. Joyously he clipped them, still springing out from her lips. Falling to the ground at his feet, collecting there, they made the most comfortable pair of socks he ever had.

Seizing the moment, he took her in his arms and lead her across the pedestrian crosswalk.

“You two be back for dinner, now,” their relatives laughed and waved.

But they didn’t get far, because she was too heavy. Having reached the other side of the street, he set her down on the sidewalk. She laid there, motionless, crescent shaped. He sat balled up at her head. Between phrase and lost thoughts, they formed the perfect semi-colon for a pilot far overhead. But the plane crashed into a cliff face – not due to the pilot’s lack of attention, but because Buddy Holly was on board.

“Strike the pilot off the guest list,” the father of the groom sighed.

“Buddy Holly too,” the father of the bride nodded. “There goes the entertainment.”

Their relatives were, of course, highly presumptuous at best. The relationship was at such an early stage, far too early for elaborate dinner plans. There were just too many obstacles to overcome. Cars rushed by, sending serviettes into the wind. Pedestrians walked off with the cutlery. Children kept sticking their fingers into the butter. Marlon Brando was on a rooftop, overlooking everything. The roof collapsed under his weight, killing him instantly. For the sake of avoiding redundancies, he won’t be mentioned again. Yes, the entire reception was a logistical nightmare and, quite frankly, a complete embarrassment for two people who’d only just met.

“There is something I must tell you,” she suddenly turned to him, “after you buy me something.”

He ended up buying £600 worth of wicker furniture, which isn’t too difficult, provided you have £600. Unfortunately, the furniture got caught in a good wind and tumbled down the street. It collected at a bus stop, providing a comfortable arrangement for everyone waiting there.

“Now,” he turned from the furniture, far off in the distance, “what is it that you must tell me?”

He watched her lips like an eagle perched up on a branch. The eagle sees a shiny object in the distance. Flying towards it, the eagle comes across a small boy with an artificial head. The boy wanders the forest alone. Not able to see, hear, speak, or think, he fits in well with the other children at school. Yet, alone in the forest, he is easy prey for the eagle. It doesn’t help any that the boy has strips of bacon around his neck. A dead give-away! It’s surprising that a grizzly hasn’t got him by now, or the local butcher. But in the end, it is the eagle that is rewarded. Sweeping down on the boy, just as she opens her mouth to speak, the eagle lands atop his head, becoming a fashionable hat. Tears run down her face, and the boy is reborn, instilled with a sense of pride and honour. She falls into his arms, ignoring the pedestrian traffic, just as the wings stretch outwards, changing the style and look of the boy’s new hat. String pours out from her like never before, streaking upwards and attaching to a stationary kite, resting on a cloud. With one mighty sweeping motion, the boy’s hat cries out, pulling him skyward, carrying him to a far off place. The wind that claimed the wicker furniture, and stole the serviettes from the dinner table, seizes the kite and tears her from his arms.

He races down the street after her, but to no avail. Clutching at her legs, he succeeds only in pulling off a shoe. But what good is it to him? He already has a pair, and red isn’t his colour anyway. High above him now, she becomes a mere speck set against the vast, bluish backdrop. Alone, defeated, with only one red shoe to comfort him, he falls to the sidewalk and crumples up into a ball. There is no one there to help him with punctuation. For pilots far overhead, he has come to signify the end.

By: Cameron A. Straughan 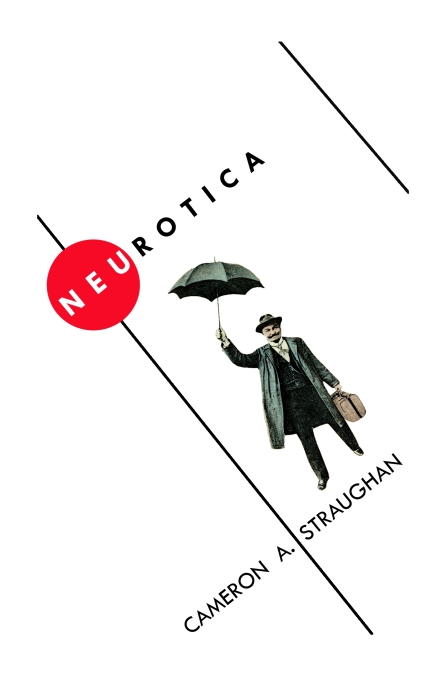